Inspiring, entertaining, fashionable: these are the adjectives that may sum up the intentions of the book The Fashion Intruder by Roma E. Black. The whole story concerns the life of Sofia Ricci, a red hair girl, head of a legal department who is fond of expensive, high-end clothes, an interest inherited from her Nonna. But fashion is not randomly mentioned; instead, it becomes a leitmotiv in the narrative: from the unforgettable Fendi’s Fall-Winter 2016-2017 Haute Couture Collection at the Trevi Fountain in Rome to Balmain’s Fall 2017-2018 Ready-to-wear Collection shown in Paris and highlighting unusual materials such as feathers. Not only does the reader get an insight into the luxurious world of fashion shows, but also discovers Sofia’s hidden desire to consider fashion as a professional path to follow. This idea becomes even more tangible when she makes a twist in her life by reacting to an unbearable situation at work and deciding to quit.

The story captures the reader who wants to know more about the main character: how will she manage her relationship with Sal, the ballet dancer? Will something happen with Gaspar, the handsome footballer she met during a flight? 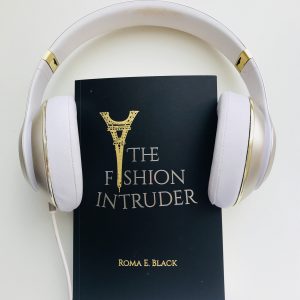 A fashion journey through the streets of Rome, Paris and Milan, surrounded by ballerinas, models such as Gigi and Bella Hadid, and prominent fashion designers such as Karl Lagerfeld and Elsa Schiaparelli. The plus is a fully modern scenario where fashion’s main players and competitors run an online business, where the audience at fashion shows consists in “youthful bloggers and Instagram stars” (Ch. 6, The Fashion Intruder), and where Vetements’ use of the DHL logo on a t-shirt Sofia wears generates a misunderstanding. 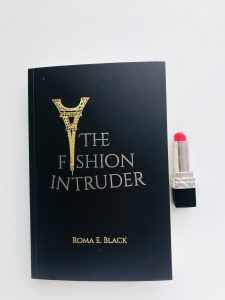 Find the book on Amazon Italia: The Fashion Intruder, by Roma E. Black.

Fashion ‘and’ or ‘against’ Gender?

The Power of the Senses: Prada FW21 Menswear Collection

I’m Patrizia Dissegna and I’m Italian. On my blog you’ll find my perspective on fashion that goes beyond fashion. Not only is fashion about clothes and appearance, but it is deeply intertwined with society, and has psychological and cultural meanings. I would like to convey the deeper meaning of fashion by demonstrating its powerful social dynamics and implications through social paradigms and by seeking inspiration from everyday life.

Fashion ‘and’ or ‘against’ Gender?